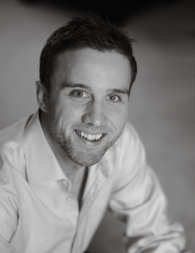 Edward Price studied music at Cambridge University where he was a member of the choirs of Clare and Kings College.  In 2001 he joined the BBC Singers, the UK's only full time professional chamber choir, and with them performs all over the world with leading orchestras and conductors.

Edward appears regularly as a concert soloist with recent highlights including Steuermann (Tristan und Isolde) at the BBC Proms, Dream of Gerontius at the Thaxted Festival, Messiah with the Hanover Band, Eusebio (Belisario) at the Barbican & recorded for Opera Rara & Orff Carmina Burana with the Portsmouth Choral Union.

In 2008 Edward gave the world première of Carl Rütti’s Requiem with the Bach Choir and David Hill subsequently recording it to critical acclaim.

In 2011 Edward gave the prestigious Sidwell Recital in Hampstead Parish Church with a programme including Britten Songs & Proverbs of William Blake. He has also performed Schumann Dichterliebe at Southside House, Wimbledon and given a recital of Haydn songs with members of the BBC Philharmonic in the Bridgewater Hall.